Picturedrome is a newly opened food marked based in Macclesfield, Cheshire.

We were so excited when we found out about the new Picturedrome food hall opening in Macclesfield, and even more excited to be a part of it. It underwent a huge transformation from its original state as an old cinema; and opened recently as its new conversion, whilst still embracing its original characteristics and bringing something unique to Macclesfield. 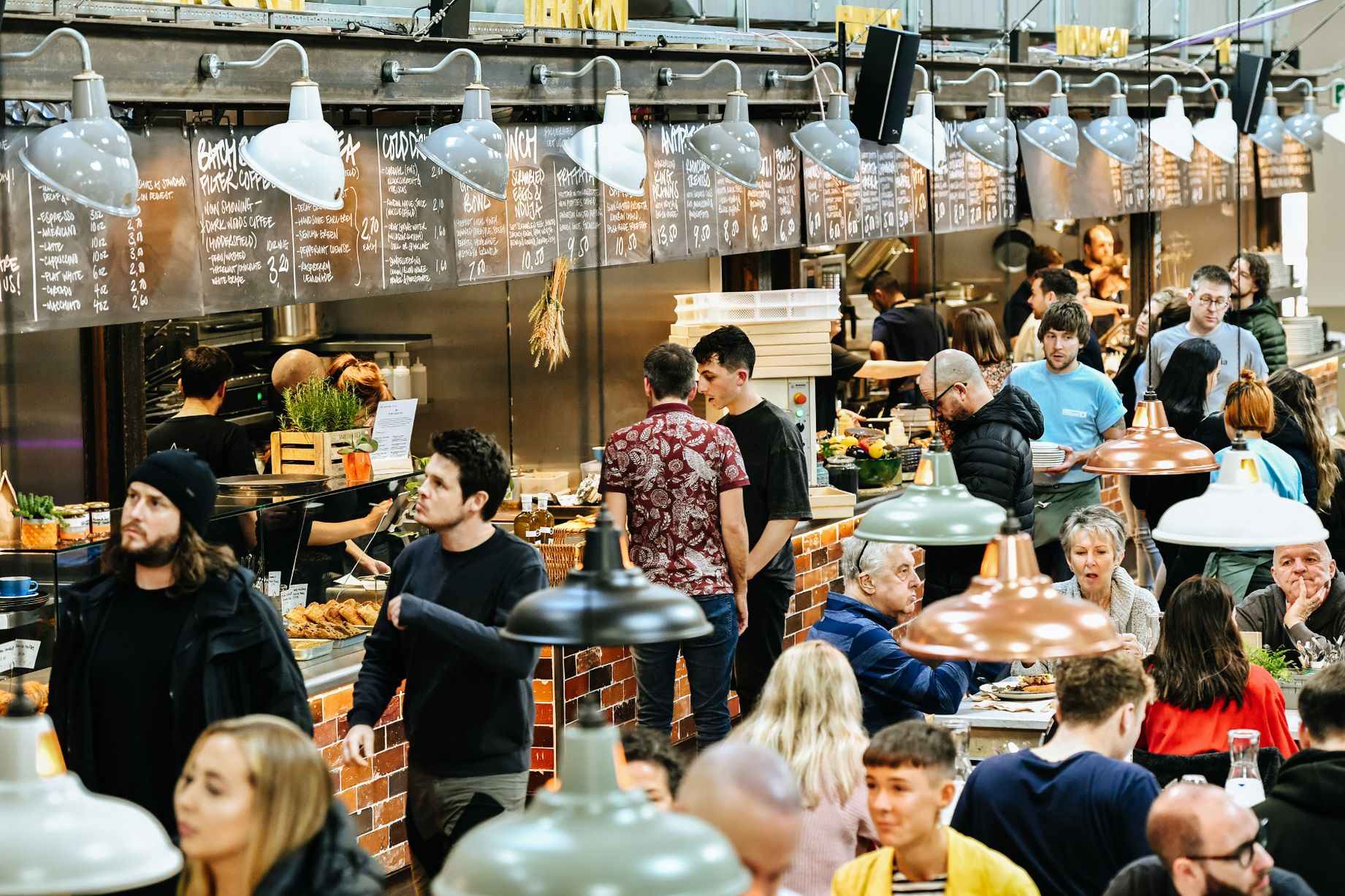 This new development was in partnership with the same owners of Mackie Mayor in Manchester – which we were also lucky enough to be apart of. So we were delighted to hear that they were expanding their business!

They decided to use a combination of our Supersized Factory Pendant lights in varying colours, including our Copper, Olive Grey, Polar Grey and Black Fusion shades. These were then complimented with our bronze fixtures and black braided flex to add that touch of industrial interior. 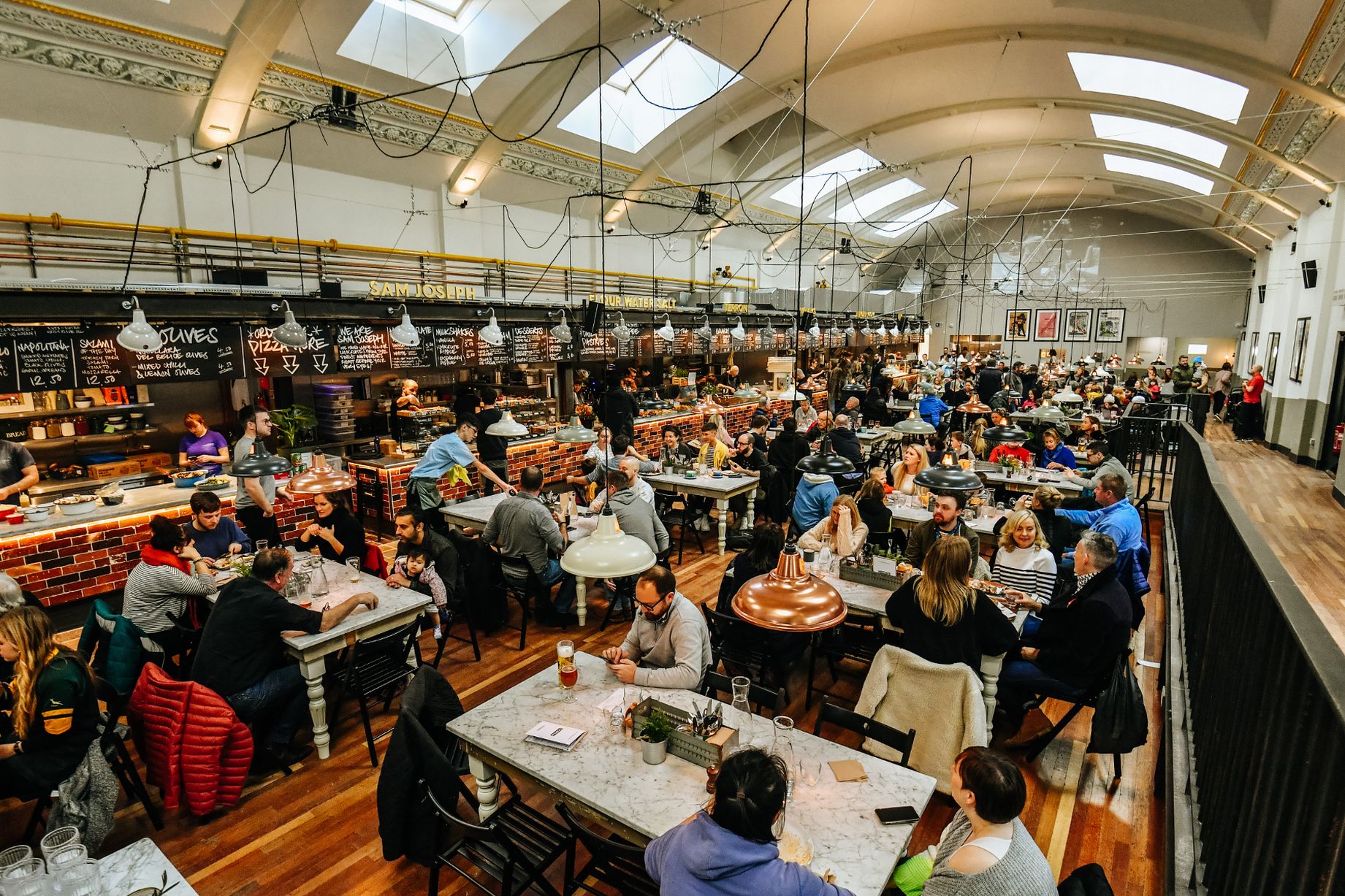 Picturedrome decided to keep its industrial aesthetic by designing their food stands with an exposed brick wall and metallic surface. Additional chalk board signs also help to give that urban, industrial feel to the stands. 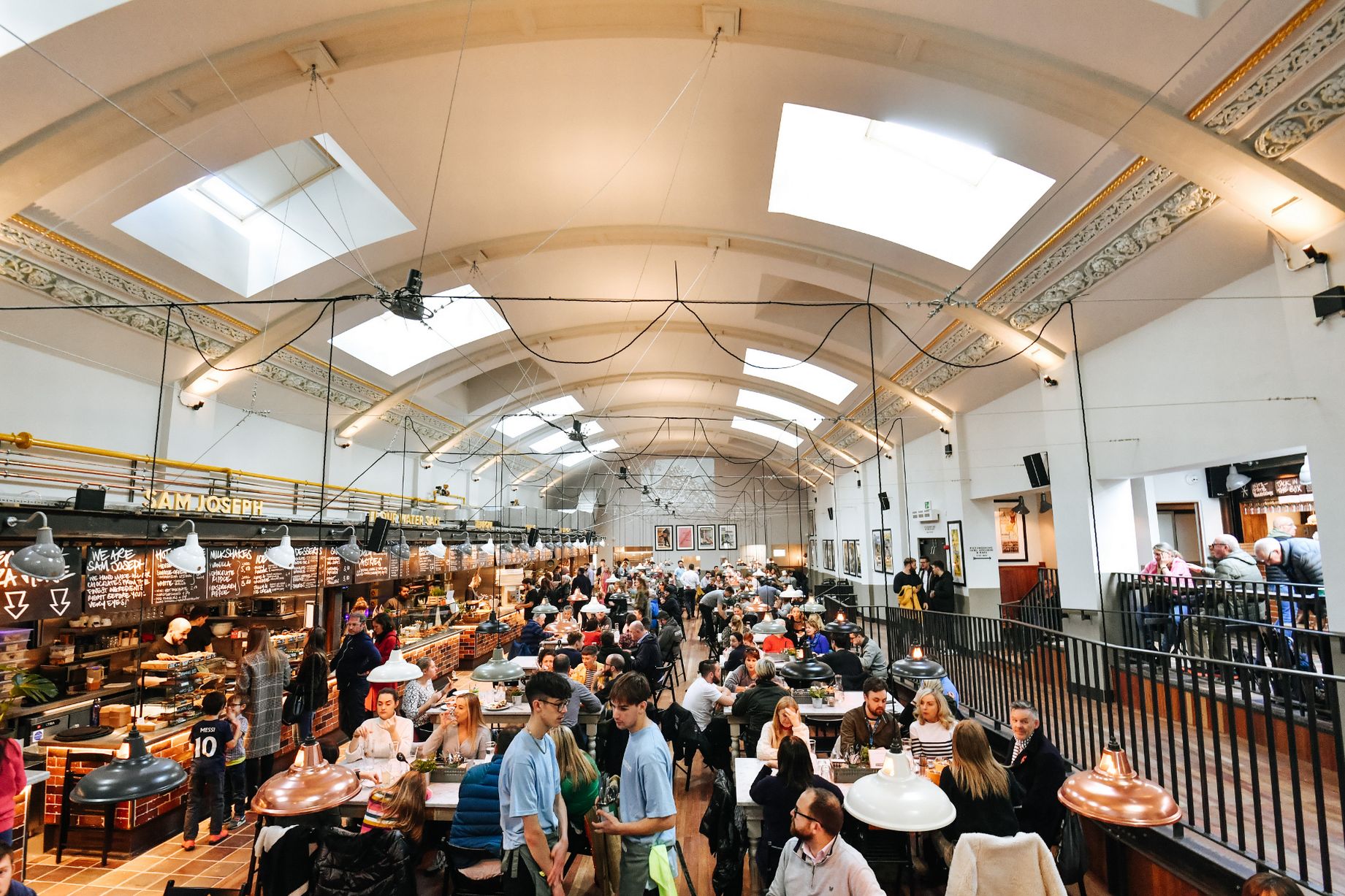 You can expect a range of different food companies offering their flavourful creations, such as a fish bar, Italian, Baker, Chocolatier Patisserie, Vegan, Beef stand, as well as so much more. 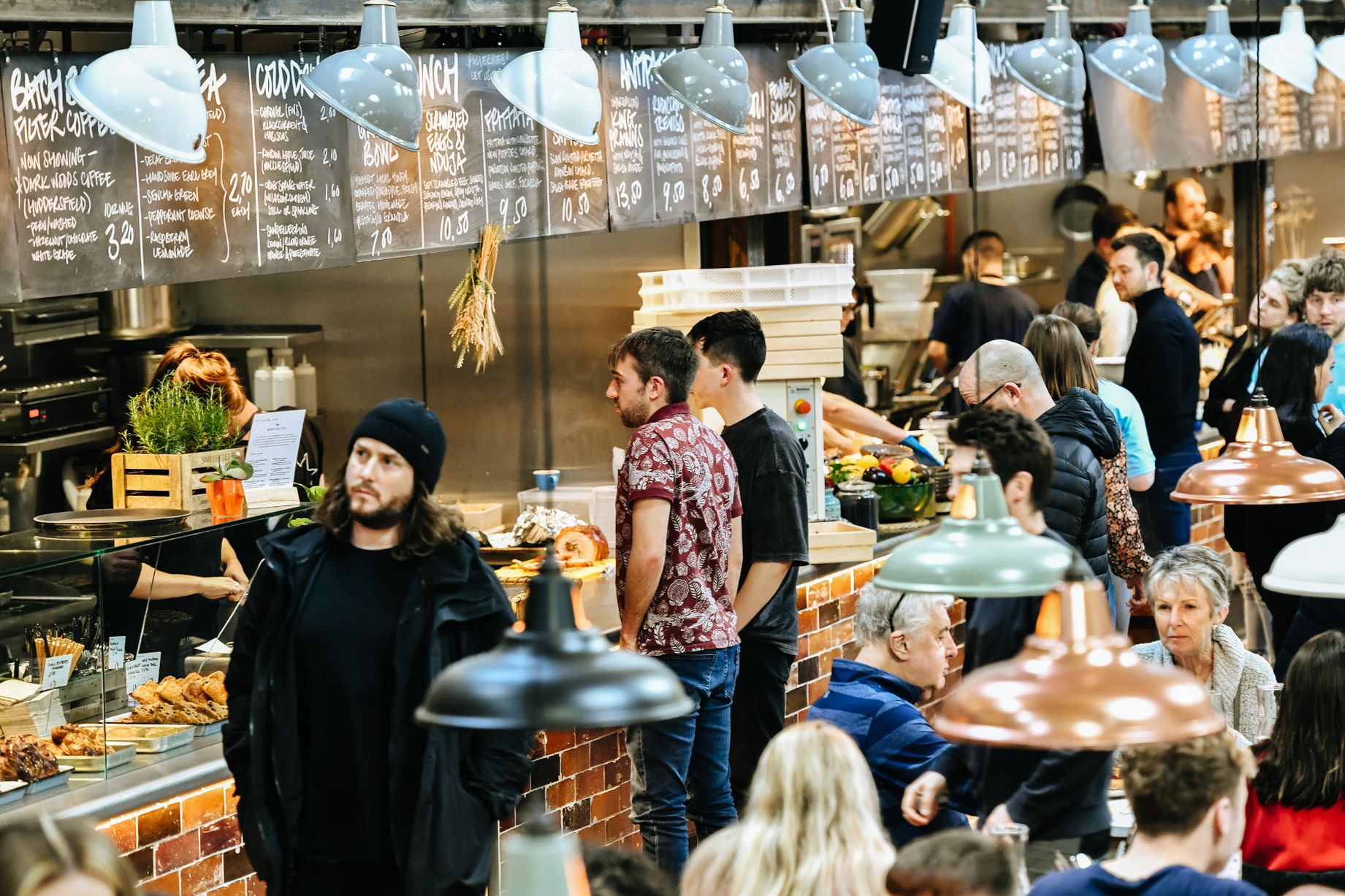 Our Supersized Factory lights work great for projects like these, as they help bring character to an otherwise large and reasonably daunting room. Additionally, they help bring a touch of industrial taste into your own home, working especially well in rooms of a larger size. 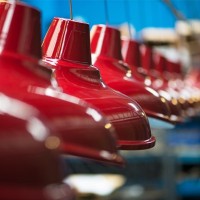